America’s largest sporting event, the Super Bowl, is known for its over the top advertisements and musical guests (and their mishaps). Last night’s match between the Carolina Panthers and Denver Broncos included performances by Coldplay, Beyoncé, and Bruno Mars. Joining these global pop stars were family, friends, and celebrities.

Gwyneth Paltrow and her daughter, Apple Martin, accompanied Blue Ivy while she watched her mom, Beyoncé, take the stage during the halftime show. In order to look the part, Blue wore a custom screen-printed bomber jacket by Brooklyn-based artist/designer, Ben Copperwheat. The electrifying outfit was captured by Paltrow on Instagram, and caught the worlds’ attention.

“Our eyes were drawn to their rather fetching bomber jackets – Apple’s hailing from Stella McCartney Kids and most likely a gift from McCartney herself…Blue Ivy’s meanwhile, was a custom-made cacophony of rainbow colour and zig-zag and firework prints, made even cooler with her pink sneakers and mass of corkscrew curls. The jacket was made by Ben Copperwheat, a British designer based in Brooklyn who has been tasked with making a series of one-off items for Beyoncé and Jay Z’s only child.” – Telegraph

This isn’t the first celebrity to sport Copperwheat’s design; he provided prints for last year’s Boy George/Culture Club tour. He shares about these experiences with the Huffington Post, “…most recently, I designed the stage outfit for the Boy George/Culture Club reunion tour and merchandise T-Shirts. Boy George debuted this outfit on “American Idol” in March 2015…I design for anyone who is looking for something different and visually exciting. My designs are a cross between artistic streetwear and high-end fashion. Whomever wears them brings their own personality and dimension to the prints.” 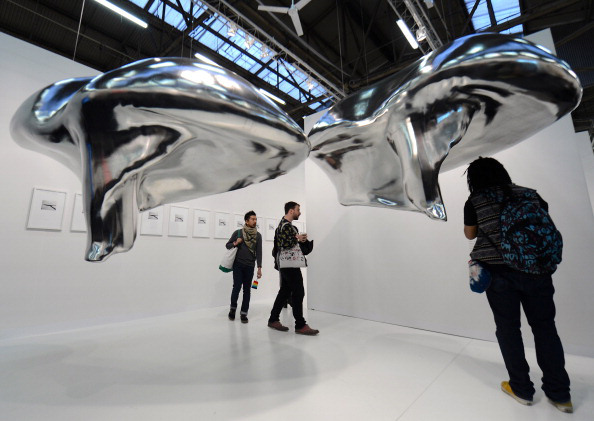